Jayne Wesler, Esq. presented ``Back to Basics: Challenges for the Next Decade`` to the American Academy of Pediatricks Annual AAP/NJ School Health Conference

The workshop covered special education and general education provisions of the New Jersey Administrative Code; provided a working knowledge of a school district’s obligation with locating identifying, evaluating, and classifying special needs students; discussed patient symptoms that warrant attention from a school district; offered a working knowledge of the referral process for child study team and Section 504 evaluation (including criteria for eligibility under Section 504 of the Rehabilitation Act of 1973 and the Individuals with Disabilities Education Improvement Act of 2004); provided an attorney’s perspective on when patient advocacy and referral is appropriate; and discussed what practice issues may arise for physicians with regards to school children.

Staci J. Greenwald, Esq. appeared on the Special Needs Talk Radio Network on December 19th, 2011. The online podcast focused on the pros and cons parents must consider in determining whether a public school or private school program is right for their child with special needs.

The program, entitled “Maximizing Your Child’s Potential,” can be accessed at www.special-ed-law.com or downloaded free on iTunes.

A partner in the law firm of Sussan, Greenwald & Wesler, Ms. Greenwald was a special education teacher before attending law school. She has a degree in speech pathology, and is a Certified Teacher of the Handicapped. She represents the disabled in various forums, from the Office of Administrative Law to the federal courts. Besides special education issues, Greenwald offers advocacy in matters involving the Division of Developmental Disabilities (DDD) and guardianship. 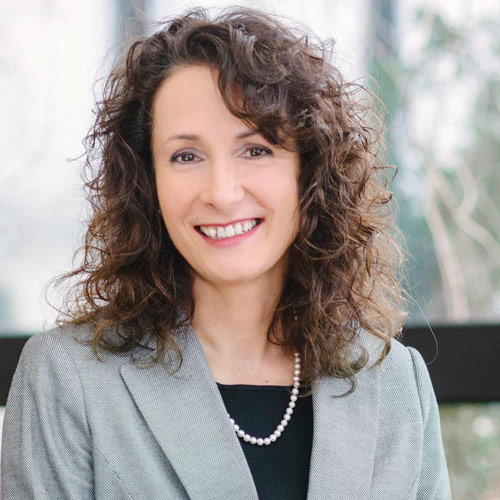 Sussan, Greenwald & Wesler has announced that Jayne M. Wesler is now a named partner in the firm, which will be called Sussan, Greenwald & Wesler. Wesler has focused her career on advocating for the rights of students who require special educational programs through IDEA and Section 504 of the Rehabilitation Act of 1973. As a lawyer, a licensed clinical social worker and a former child study team member, she also advocates for protection from bullying and the enforcement of students’ civil rights. According to firm partner Staci Greenwald, “Jayne brings so much to this firm and more importantly, to the clients whom she represents. Her advocacy on behalf of those with special needs is really only matched by her compassion for those who may perhaps not be receiving the services to which they are entitled.” 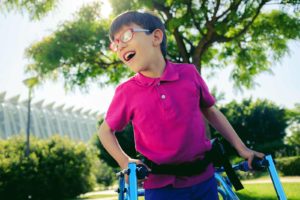 Lindsay Hilsen, M. Ed., BCBA and Staci Greenwald, Esq. were featured speakers for the presentation, “ABA Programs and the Law: What You Need to Know to Ensure a Student is Provided with a Free and Appropriate Public Education.” Presented on October 14, 2011, the workshop educated parents, teachers, administrators and others interested in learning how to design a school program for students with autism based on the principles of Applied Behavior Analysis (ABA) and within full regulations of the law. Using the Department of Education’s Autism Program Quality Indicators as a guide, the program covered a brief summary of basic ABA terminology and practices such as discrete trial instruction, functional behavior assessments, manding, reinforcement and behavior intervention plans. They also discussed the rights and responsibilities of both the school district and the student. Topics such as the least restrictive environment, referral to the child study team, evaluations, development of the IEP (including how to develop specific and measurable goals and objectives) and extended school year were reviewed. The attendees also heard about recent case law and the impact on autism classrooms in New Jersey. 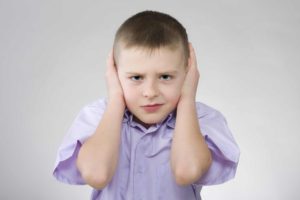 After a two-year administrative and legal battle, the parents of a preschool student, identified in court documents as J.O., obtained a ruling (docket number: EDS 12248-11) from an administrative law judge that their now five-year-old son was improperly denied a free and appropriate public education in the least restrictive environment by his local school district, the Summit Board of Education. In a 33-page opinion, Judge Evelyn Marose found that the district “created a long, arduous road for J.O.” by erroneously equating his inability to communicate with his cognitive ability, refusing to consider the input of the parents or J.O.’s outside treating professionals and by creating IEP goals that “made it difficult to impossible for J.O. to progress.” Represented by Jayne M. Wesler, Esq., the parents brought the legal case on behalf of their son, J.O., who is diagnosed with childhood apraxia of speech (CAS), a severe communication disorder described as “a neurological condition that relates to the total lack of ability to plan, to organize, to sequence, and to execute movements necessary to produce speech.” Instead of addressing his CAS, the Summit School District ignored the recommendations from numerous outside professionals that J.O. be provided with appropriate peer models for speech, communication, socialization and play. The district placed J.O. in a self-contained class based on the principles of applied behavioral analysis (ABA), the type of instruction given to children with autism, even though the parents had provided district staff with reports from Children’s Specialized Hospital stating that J.O. was not autistic, and that his primary diagnosis was CAS. In her court order, Judge Marose found that the district had failed to offer a free and appropriate public education, awarded tuition reimbursement for the 2011–2012 school year and for the 2012 extended school year, and ordered an out-of-district program for the 2012–2013 school year.

After a three-year administrative and legal battle against their local school board, the Oceanport Board of Education, parents obtained a ruling (docket number: 2011 17218) from an administrative law judge that their eleven-year-old son was improperly denied instruction in Braille, the reading and writing code for the blind. The legal victory, obtained with the assistance of the National Federation of the Blind (NFB), comes on the heels of a letter from 26 U.S. Senators urging the Department of Education to take steps to ensure that blind children who need Braille instruction receive it.

The parents brought the legal case on behalf of their son, whom they adopted from China and who is blind due to albinism and nystagmus. Their son has a limited vision that allows him to read enlarged print for short periods of time, but he is unable to read for sustained periods of time. Although his parents continued to tell school officials that their son was experiencing visual fatigue and was having difficulty reading, the school board and its consultant, the New Jersey Commission for the Blind and Visually Impaired (CBVI), insisted that he was a proficient print reader, notwithstanding his continued placement in a special resource room for language arts. In a nearly ten-day hearing, held under the due process provisions of the Individuals with Disabilities Education Improvement Act of 2004, the students mother testified that she watched her son routinely struggle with his homework, suffering from eye strain and fatigue, but was unable to convince school officials or the CBVI that he needed Braille instruction. She also testified that his schoolwork was not of the same quantity and quality as that of his classmates. Although experts from the school and the commission claimed that he was a “visual learner” and should participate in the “sighted world,” experts hired by the parents and the NFB concluded after thorough assessment that he could not read print for extended periods of time without eye strain, neck and back pain, fatigue, and loss of reading speed and comprehension.

In her order, Administrative Law Judge Lisa James-Beavers found that the school board and the commission displayed a clear “bias against Braille.” She found that the school board and the commission had failed to assess the student’s “sustained reading ability” with print, relying instead on reading assessments involving only brief passages, and citing the student’s alleged failure to complain about struggling to read print. The judge was unconvinced by the board and CBVI’s contention that he could rely on audio technology as reading demands increased through his school years, noting that “as pointed out by all of the petitioners’ well-qualified experts, listening does not equate to reading. One does not enhance the active skill of comprehending text by passively listening, even if one is following along with the reading.” The order noted that “the CBVI failed to do what Oceanport relied on them to do, which is to help construct a program that would give [the student] meaningful educational benefit considering [the student] .’s future needs.” Judge James-Beavers ordered that the student be provided with Braille instruction for forty-five minutes, five days a week and that the school board provide compensatory instruction because of the three years that Hank was not provided with Braille instruction, in the form of intensive Braille summer programs or tutoring.

Need help with any kind of legal issues? Contact us now.