Report: Waiting Lists For Medicaid Waivers Up, Competitive Employment Down

Posted by admin
in Intellectual and Developmental Disabilities, Special Education 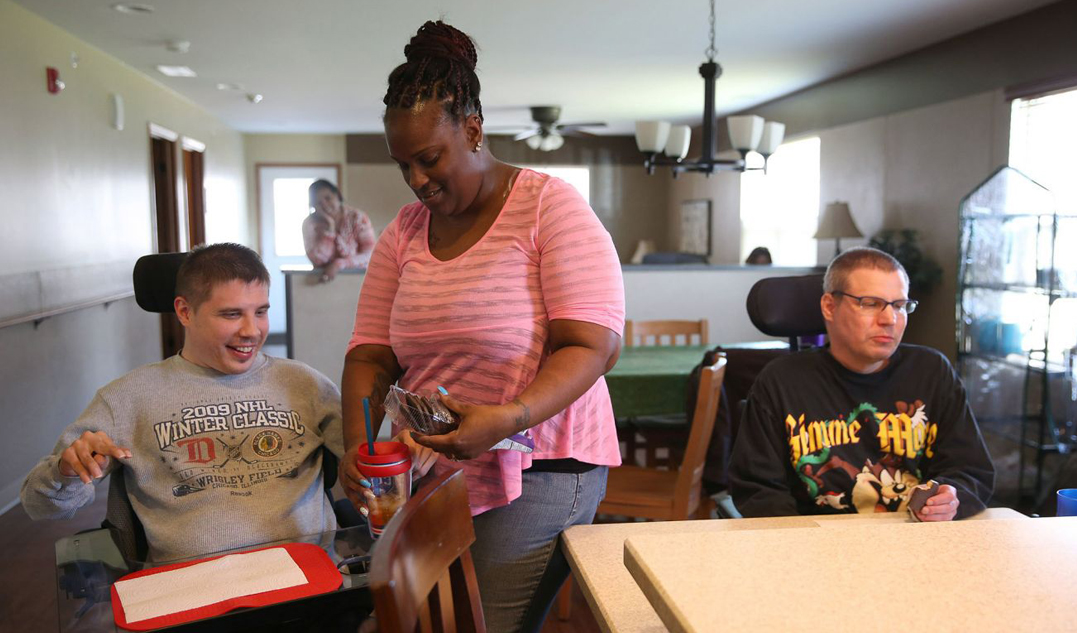 -Wide geographical disparities exist when it comes to opportunities for people with intellectual and developmental disabilities to live and work in their communities, according to a new report that ranks states.

The Case for Inclusion 2019 report released this week by United Cerebral Palsy and the ANCOR Foundation examines how well state programs — particularly Medicaid — are meeting the needs of people with intellectual and developmental disabilities.

The report evaluated how states are promoting independence, including by avoiding placement in institutions. In the top ranked state, Arizona, 99 percent of people with intellectual and developmental disabilities live at home or in a small group setting. In the lowest ranked state, Mississippi, that figure is 51 percent.

Since the last report published in 2016, states have fallen behind in some areas. For instance, only seven states, down from 10 three years ago, reported at least a third of working-age people with intellectual and developmental disabilities are employed at market-driven wages. Waiting lists for home and community-based services have grown by almost 75,000 to nearly 424,000 people nationwide.

“The reasons can vary,” said Armando Contreras, CEO of United Cerebral Palsy. “It can be funding. It can be the priorities of the state. We know that research and empirical data like what’s being provided is just the beginning of the conversation for change.”

After Arizona, the next four highest ranked states were Oregon, Vermont, Missouri and Kentucky. The bottom five states were Oklahoma, Montana, Texas, Arkansas and Mississippi.

Most data the analysis is based on is from 2016 and comes from information states reported to the federal government and from public surveys. The authors noted that state performance was not tied to politics, size or wealth.

“While there are a lot of constant themes about Medicaid and workforce investment, a lot does come down to the states’ commitment, creativity and culture in how they administer services to people with IDD,” said Esmé Grewal, vice president of government relations for the American Network of Community Options and Resources, or ANCOR, and the ANCOR Foundation.

The report also notes high turnover among direct support professionals who work with people with disabilities. Low pay and demanding work are the two top reasons such workers leave their jobs. Without a stable workforce, the report says, states will struggle to reduce wait lists and support community integration.

“People have more choices of higher paying jobs,” said Amy Brooks, CEO of RCM of Washington, a nonprofit that provides housing and employment services to people with intellectual and developmental disabilities. “It has been a real challenge.”

Among people with intellectual and developmental disabilities across the country, the report said that on average only 19 percent are competitively employed. That figure is down from 24 percent a decade ago.

Contreras of United Cerebral Palsy said he hopes the report will be used by advocates to encourage state legislators and other policymakers to make improvements.

“People with disabilities are the fabric of society,” he said. “They are not a separate segment, a minority or marginalized people. They are part of who we are in the U.S. and in the world. We definitely need to invest in their well-being.”

Sussan, Greenwald & Wesler is recognized as one of the leading special education law firms in New Jersey, having helped thousands of children with special needs receive access to the educational opportunities they might otherwise not have had.