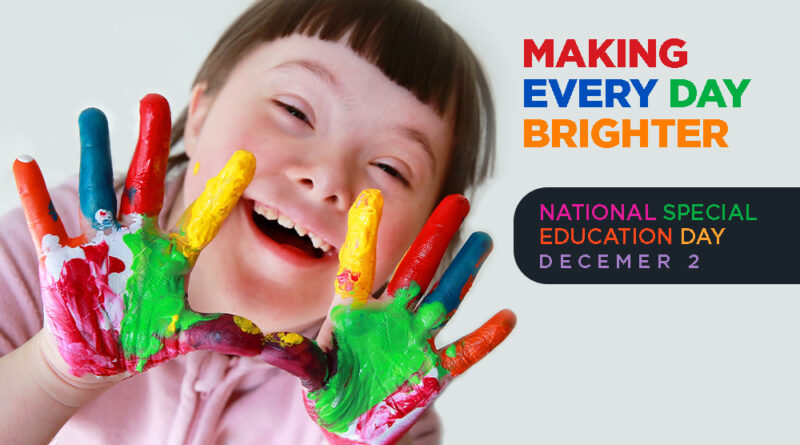 In the United States, we celebrate the anniversary of the Individuals with Disabilities Education Act, which was signed into law on December 2, 1975 in its original version, the Education for All Handicapped Children Act, or EHA.

What is special education?

The purpose of IDEA is to:

Who can get special education?

Students must meet three criteria to become eligible for special education and related services under IDEA:

Where is special education provided under IDEA?

Schools in the United States provide special education and related services to students who are found eligible.

When is special education provided?

The age range for eligibility starts from the age of three through the end of the year in which the student turns 21 in all of the United States except for Massachusetts. Massachusetts allows a potential extra year.

Why is special education important?

Unlike some other countries, the United States educates all of its citizens. That ambitious goal requires education to be designed for students who learn differently.

For example, consider the following statistics:

“In 2020–21, the number of students ages 3–21 who received special education services under the Individuals with Disabilities Education Act (IDEA) was 7.2 million, or 15 percent of all public school students. Among students receiving special education services, the most common category of disability was specific learning disabilities (33 percent).” ~ National Center for Education Statistics (NCES).

Without special education, many capable children would go uneducated. Without an education, their futures would be dim, and their capacity for employment, advancement, and independence greatly diminished.

Since implementing IDEA and its predecessor in 1975, the United States has flipped its treatment of students with disabilities. We have gone from a nation of excluding 1.8 million children to educating more than 7.5 million children during the 2020-2021 school year.

During that same school year, more than 66% of our students with disabilities attended general education classes for a large majority of their school day.

As a nation, we have also:

That is why we celebrate Special Education Day!

But we still need to do better.

Special education is chronically underfunded. The United States federal government agreed to provide virtually 40% of the excess cost of special education over general education. The reality, however, is that it contributes only about 15% of that amount.

This creates a situation in which school districts sometimes make decisions based on the cost even though that is contrary to IDEA’s requirements. If you are having issues with your child’s education, ask an experienced education law attorney. We’re here to help you and your child.609-409-3500